Geriatric Depression and Risks for Suicide

“A man is not old until regrets take the place of dreams”, John Barrymore.

Elder Care, Long Island, NY  Geriatric depression is a mental and emotional disorder affecting older adults age 65 and over.  Feelings of sadness and occasional “blue” moods are normal.  However, lasting depression is not a typical part of aging.  It affects about 6 million Americans who are 65 and over, but only 10% receive treatment.

Adult children and family members will notice that their older loved one seems down or sad but may not realize that it could be depression.  Depression in older adults looks very different from younger populations.  They experience more loss from the death of friends and relatives, they have more illnesses and pain, they are less ambulatory, and go through a dramatic life transition when they retire.

Some of the signs of geriatric depression include persistent sadness, poor eating habits, feelings of guilt, decreased activity, less social interaction, more apathy, and not taking care of themselves.

September 10th was world suicide prevention day.  According to the American Association for Marriage and Family Therapy older adults account for 19% of all suicide deaths.  Internationally and in the United States, suicide rates are among the highest for older adults.  Additionally, a review of studies analyzing older adult suicides found that 70% of those that died from suicide saw their primary care physician a month before their death.  Depression is often under-diagnosed and under-treated in the older adult population, yet it puts them at higher risk for suicide.

Older adults are less likely to talk about their depression and may even be quite guarded about it.  This is often why they go undiagnosed and suffer in silence.  Other reasons that older adults do not get diagnosed have a lot to do with their generation and the stigmas associated with mental illness.  Their generation saw mental illness as a medical flaw and equated it to a personal weakness.  Mental health awareness was not as widespread when they were younger, and they may not have a lot of insight as to why they feel the way they do and what it means.  There also is a common misconception that when you get older you become depressed.  The good news is that most older adults are not depressed and enjoy life right up to their final days.

“Depression in the elderly is more likely to lead to suicide.  The risk of suicide is a serious concern among elderly patients with depression.  Elderly white men are at greatest risk, with suicide rates in people ages 80 to 84 more than twice that of the general population”, (Tracy, Natasha, “Depression in the Elderly”.  Retrieved from https://www.healthyplace.com/depression/articles/depression-in-elderly).  Family and friends can play an important role in getting older adults diagnosed and treated for depression and for preventing suicide.

Warning Signs of Suicide in the Elderly

The good news is that when older adults get treatment for depression studies show that they are less likely to develop dementia, they have 24% decreased mortality rate, they are more compliant with medical treatments and taking their medications for other conditions, and up to 75% can recover and live a longer, healthier, more productive life.  If you have concerns about a loved one whom you suspect may have depression and/or may be suicidal, contact the Long Island Crisis Center Senior 24/7 Hotline at 516-679-0000.

“Suicide in the Elderly”.  American Association of Marriage and Family Therapy, Retrieved from https://www.aamft.org/AAMFT/Consumer_Updates/Suicide_in_the_Elderly.aspx

Tracy, Natasha, “Depression in the Elderly”.  Retrieved from https://www.healthyplace.com/depression/articles/depression-in-elderly 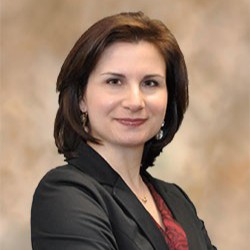 Jennifer Benjamin
Co-Founder at Family First Home Companions
Jennifer Benjamin has a Masters degree in Business Administration, a graduate Certificate in Geriatric Care Management, is a Certified Dementia Practitioner and is co-founder of Family First Home Companions .With a background in human resources and business management she helped to build a company that is founded on professionalism, integrity, compassion and know-how.